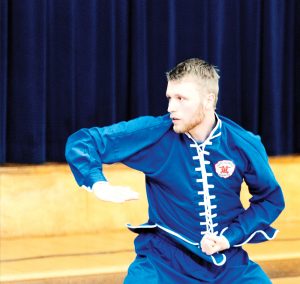 Connor Jensen was born in El Cerrito, CA and is Sifu Jensen’s son. Connor now lives in San Rafael and works at Gamescape and attends College of Marin. Connor has a noted passion and talent for art, drawing and oil painting in particular. As a youth Connor observed classes taught by Grandmaster Wong Jackman and occupied himself with drawing and building legos.

“Shaolin has given me a way to focus. As a child I grew up with a lot of anger I didn’t know what to do with. When I learned how to manage it, I did it primarily by becoming passive. Shaolin is a way for me to instead have assertive energy in a positive manner, which has allowed me to harness what would have been simply destructive otherwise. In effect, Shaolin has given me not only physical fitness, but spiritual fitness as well.” – Connor Jensen 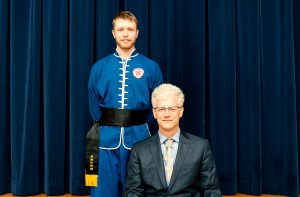