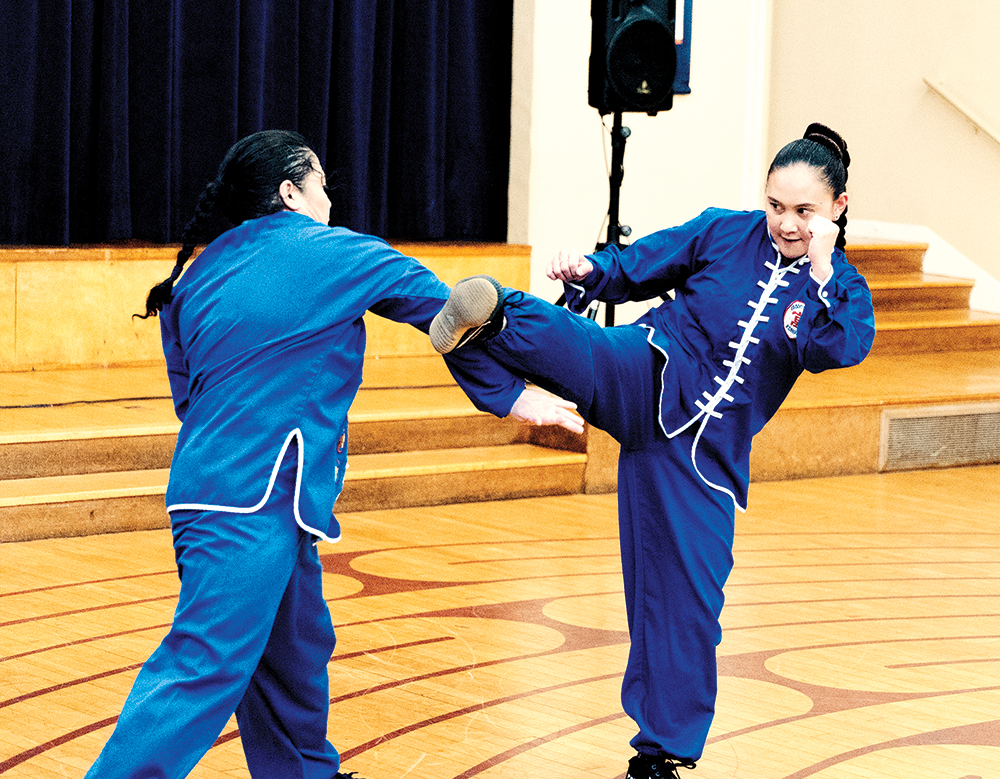 The Northern Shaolin Sparring Form is the last unarmed, or empty hand, form in Northern Shaolin. It pits two unarmed partners against one another in mock combat. When you learn and practice this form it is like a Kung Fu fight movie scene. You know what your partner will do next and you know how to defend or counter each technique. Wow, its quite a fight too!

Like all the Northern Shaolin forms the two person form is, you guessed it, long, complicated, full of really good fighting moves, and athletically challenging. Each side of the form contains over forty movements.

The Northern Shaolin Sparring Form is dramatic and contains a large number of grappling (or chin na) techniques, including a number of funny, but effective moves.

This Northern Shaolin Sparring Form is so cool! It is really fun to play it with a partner close to your own level.

Because of the varied, and sometimes dramatic, choreography this form is really fun to watch.

This Northern Shaolin Sparring Form is usually taught after the hand forms are completed. It really helps you to bridge from learning forms to fighting. You learn about how the moves feel and how to adjust your timing, distance, and angles to create the strongest positions.

Your toughness, self-confidence, and courage will all increase.

Your skill and understanding will build rapidly as you practice this form!!!

These sequences are great for use in fights scenes.

You can also compete in the partner form category at tournaments with the Northern Shaolin Sparring Form. It is a winner because it is dramatic and exciting.