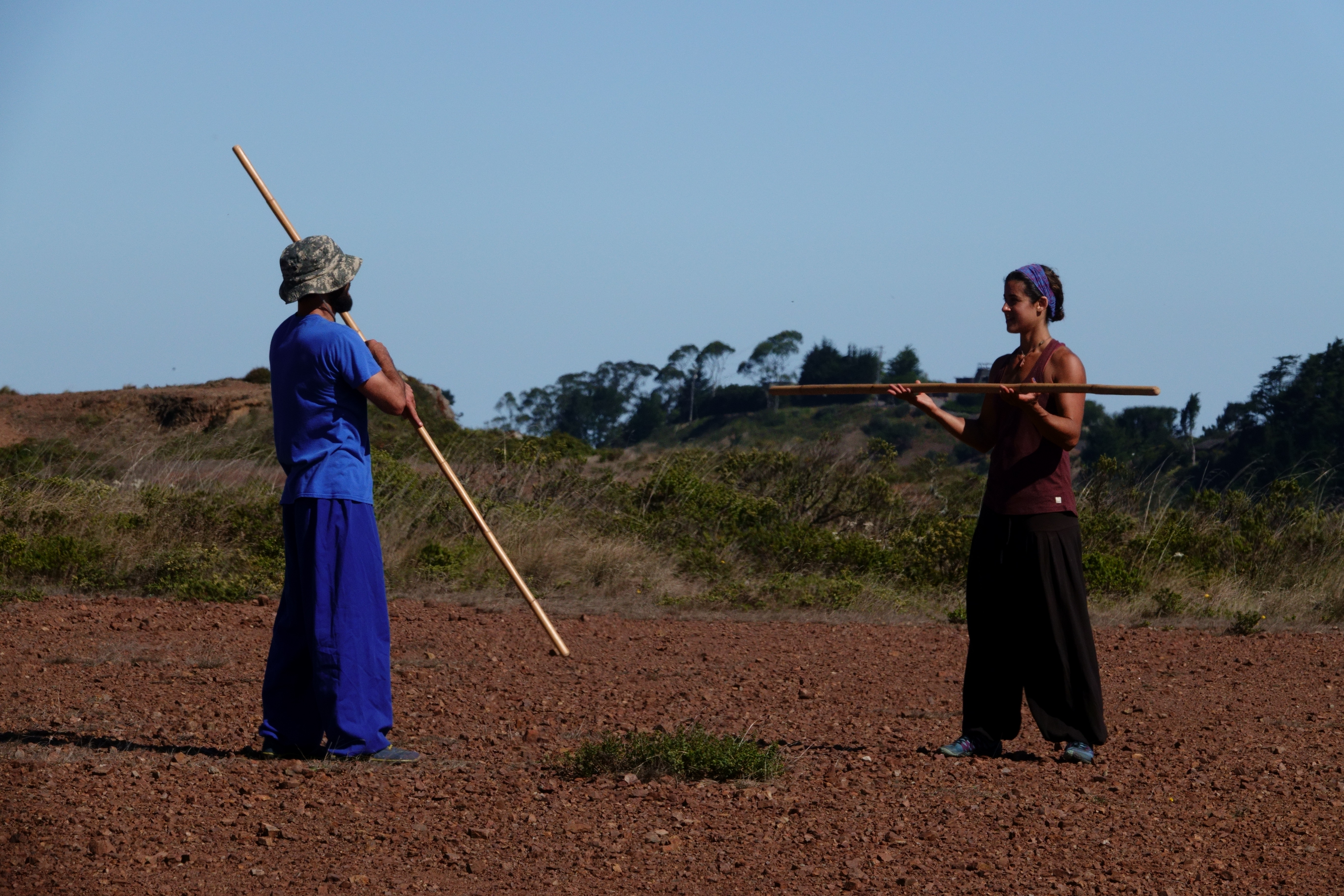 Staff versus Staff Two Person Form is from the lineage of Sifu Wong Jackman and the art of Northern Shaolin.

The Staff versus Staff Sparring Formpits two people wielding staffs against one another in a pre-choreographed battle. Since each person knows what their partner is going to do next, they are able to safely practice the techniques of attack and defense.

The Staff versus Staff Sparring Form is interesting because it was featured in the original Kung Fu TV series starring David Carradine. A the beginning of every episode there is an exciting staff versus staff match between the young monk Qwai Chiang Caine and the Old Blind Master Po. Everyone always loved this sequence of moves and it was pulled straight from this form.

Later in this series anytime someone is training with staffs with a partner they are practicing this form. That includes the Order of The Avenging Dragon who was sending assassins to kill Qwai Chiang Caine!

The fight coordinator for the Kung Fu TV series studied Northern Shaolin with Sifu Wong Jackman and learned this form from him.

The Staff versus Staff Sparring Form Seminar Bring a friend you can bash sticks with when you leave. This form is super fun!!!!