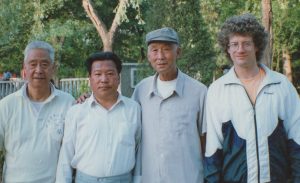 Liu Wan Fu with Scott Jensen in Tianjin in 1995 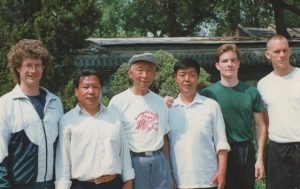 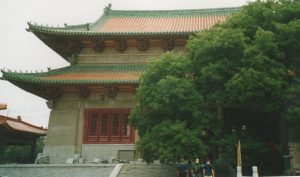 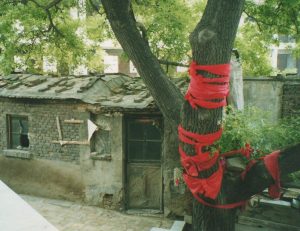 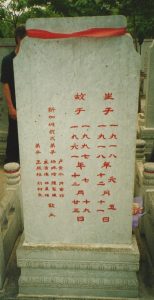 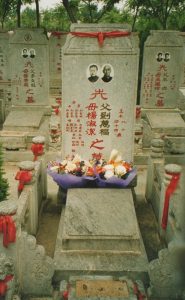 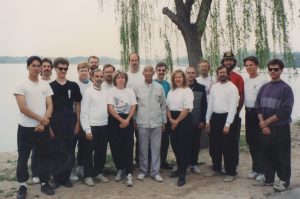 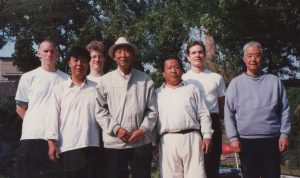 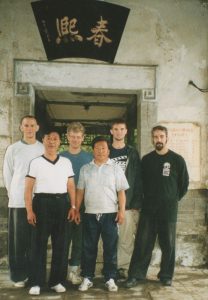 Later he sought out the best instructors in Northern China, in the most popular fighting arts, and learned their systems. Sifu Liu was a man who loved martial arts and he must have enjoyed learning the other systems. However his primary motivation was to learn the techniques of his probable opponents. Then he could figure out how to counter them with his Lan Shou.  Counter them he did.

Liu Wan Fu had reputation for winning many challenge matches; many with other well known boxers.  He combined, aggressive entering skills, very powerful punching, adroit stepping, and incredible iron body.  He could take full power blows to his entire body including the throat and groin without discomfort.  Being impervious to his opponents blows and using the immensely powerful strikes of Lan Shou must have made him a feared opponent.

Liu Wan Fu was a living encyclopedia of Kung Fu and was officially listed as one of the top 100 martial artists in China and a living national treasure.

Liu Wan Fu was a sharp observer of people and a masterful instructor.  He was completely generous with those he trusted.  His forms are gems from a previous age that is almost forgotten.  His knowledge of weapons especially the spera was vast and reflected a very practical understanding of their use.  His spear forms in particular show a use of angles and counters that is very uncommon in other spear styles.

His two top Chinese disciples shown in the pictures on this page both trained with him from the age of eight.  They have completely inherited the Lan Shou system and maybe the only fully trained masters in this art left alive.  Sifu Jensen is his top american disciple and head of the Lan Shou lineage in North America.  Although Sifu Jensen has inherited a great deal of this art he still looks forward to completing it with his older brothers help.

“Although my time with Grandmaster Liu Wan Fu was brief compared to the 25 years I spent with Grandmaster Wong Jackman, he had made a deep impression on me, was extremely kind and generous, and gave me a great responsibility to help preserve his art.”

“I thank Grandmaster Vincent Black for his personal recommendation and assistance in studying with Liu Wan Fu.”  – Sifu Scott Jensen