Chen Yun Ching is the seventh son of Chen Pan Ling. Chen Yun Ching’s late father, Chen Pan Ling, was one the most famous, and well regarded, marital artists in Taiwan. Robert Smith, who wrote many early books about the martial arts masters he met throughout Asia regarded Chen Pan Ling as the most knowledgeable expert in Taiwan on the internal martial arts of Tai Chi Chuan, Xing Yi Quan, and Ba Gua Zhang. Chen Pan Ling was highly placed in Chiang Kai Shek’s government and assisted the Republican governments cause both on Taiwan, and back on the mainland, before the Republicans fled to Taiwan.

Chen Pan Ling was a leader, and supporter, of the famous Central Guoshu Institute. The Central Guoshu Institute was similar to the Chin Woo association, but Republican government supported. There he organized the creation of new forms with help of the top martial artists in the country designed to preserve all the essential techniques of each weapon, and ensure that none were lost. Chen Yun Ching was his fathers seventh son, and he was his best student. Chen Pan Ling’s weapons forms taught by Chen Yun Ching originated at the Central Guoshu institute and show an exceptional variety of techniques embodying a complete classical repetoire for each weapon. Personally, I find these forms are wonderful, and among my favorites. Each is a real treasure.

Chen Pan Ling is also regarded as the creator, or lead contributor to the creation, of the Tai Chi 99 form. The Tai Chi 99 Form combines important movements from each of main styles of Tai Chi. It is quite beautiful, and more varied than the normal Yang Family Long Form. This form is popular, and practiced widely in Taiwan. It is also a main event at the semi annual World Tai Chi Chuan Tournament held in Taipei. 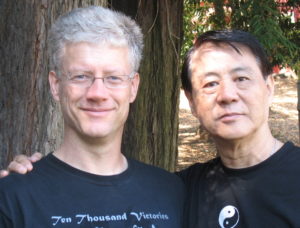 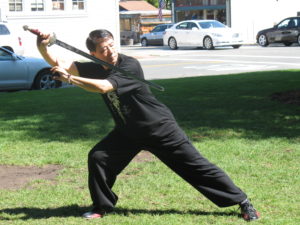 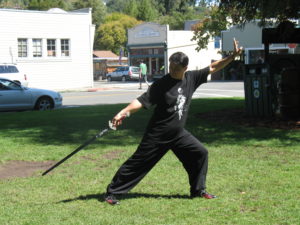 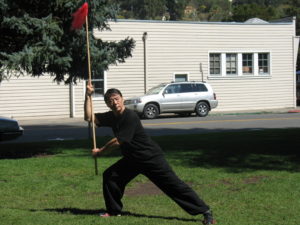