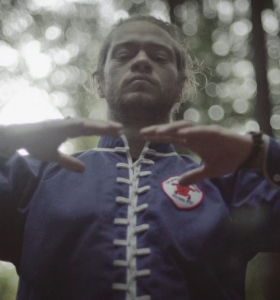 The moment I met Sifu Scott Jensen, I knew I had found the real deal and an authentic kung fu teacher, unlike any I had ever known. Upon our first interaction, Sifu Jensen gave me a few quick tips for my Ma Bu (horse stance) that I began to apply right away and immediately felt more connected to my legs and the earth beneath me, and stronger as well. Typically I was always skeptical of a potential teacher, but somehow I instantly knew that if I studied diligently, Sifu Scott would teach me to develop the authentic body mechanics and body method that would help to heal my body of many old injuries, and change the way that I move for the rest of my life. My intuition was correct, and a few years later my entire world has changed, including how I think about movement, training, and the healing work that I do.

The first thing I noticed about Sifu Jensen was that although he was literally twice my age and in his fifties, he was not only more flexible, but had faster reflexes, better coordination, accuracy and precision than I did. I had been training and working out since childhood and had never met someone who was older than me and better in so many different ways. In the past, if someone was faster, I was stronger, or maybe more flexible, or at least some kind of edge, but Sifu had me beat in every way, and had much more skill as well. His immense skill, true kung fu, inspired me greatly because I had always known that it was possible to be in incredible shape and have real skill even as we get older. I had heard the stories of ancient kung fu masters who were still incredibly skilled even in old age, and had seen Jack LaLanne accomplish incredible things even in his eighties. 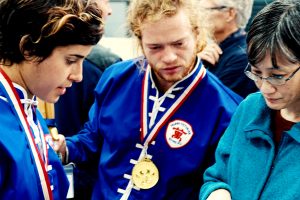 When I met Sifu at age 25, I had already been weight and strength training almost daily since I was 13, and had traveled to Europe, Asia, and across the U.S.A. to train with the strongest smartest weightlifters and strength coaches I could find. I had spent 2 years in college practicing Hapkido, years practicing and teaching yoga, and had helped hundreds of people heal their bodies in private therapy sessions, but nothing could prepare me for what I was to learn from Sifu Jensen. At first, some of the techniques of Xingyi Quan, Bagua Zhang, Taiji Quan, and Northern Shaolin seemed quite ordinary, but after thousands of repetitions of practice, the wisdom of these systems becomes evident, and the movements change and transform you from the inside out. Each day as I do my practices, I remember all the lessons I was given, and am grateful for the hard work and dedication of all that have come before me, with a special gratitude to Sifu Scott Jensen who has spent his lifetime learning, collecting, digesting, mastering, and passing on these time tested ancient techniques of martial arts, health, and spiritual development.

I remember one thing that Sifu said to me about a year into studying with him, as he was teaching me some of the advanced ways to develop abdominal strength. He said, “See you came as a wolf, but we need to upgrade you to a tiger, and then to a spiritual dragon.” While I am not a dragon yet, under Sifu Jensen’s guidance I am well on my way.– River Rudl 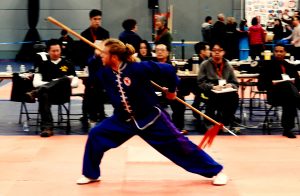