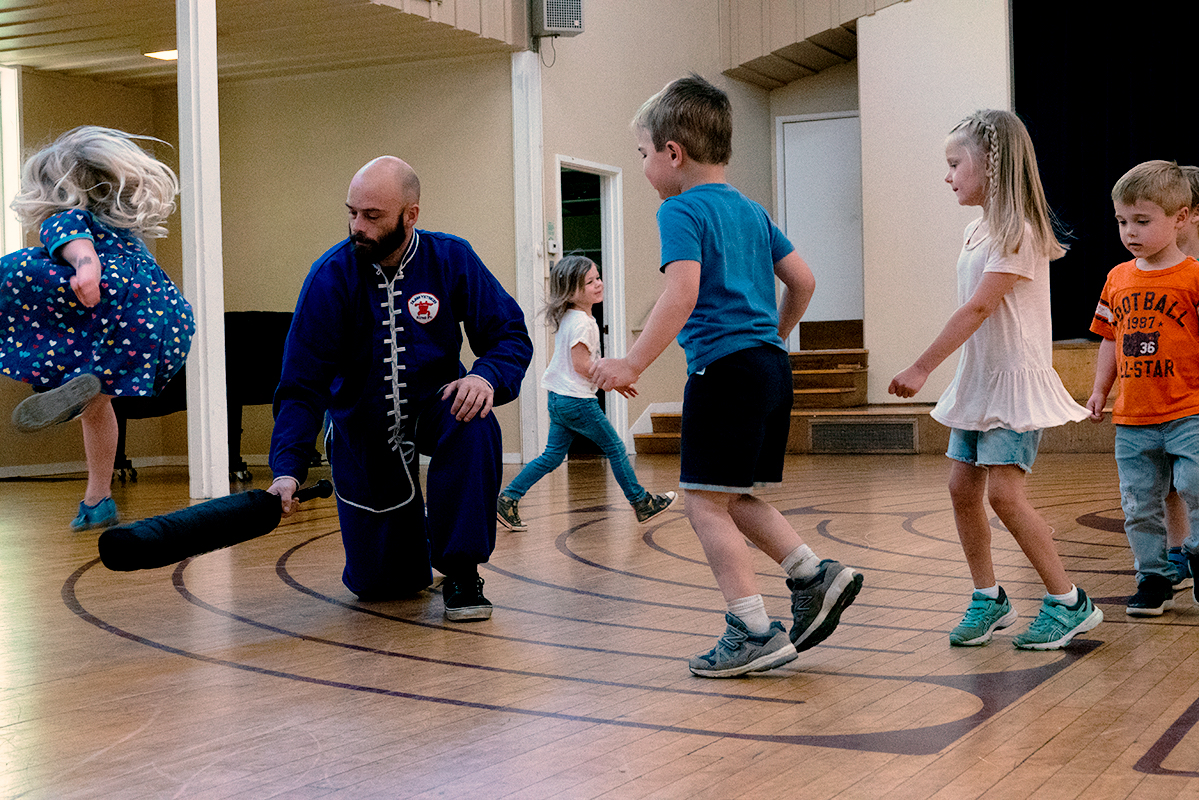 Animal Power instructor, Joseph Vigneri, has continued to expand the offering of 10,000 Victories with new classes for pre-school students!

The Little Animal Power class, at San Anselmo Pre-School  has been enormously well received and is already very popular with 18 students split into two time spots.

Having less of on emphasis on martial application and more on building co-ordination and mind body connection, students are prepared with foundation skills. The children benefit tremendously during this important developmental time.

Through stance training, jumping, stepping and hand position drills, kids are led through fun and dynamic sets that prepare them to join the older Animal Power classes.

Joseph has been mentoring kids for many years and is very skilled teacher. He is very well received by students, parents and teachers alike! He has an expert sense of direction and is an intuitive, well rounded leader with a deep understanding of traditional Chinese martial arts.

The adorable Little Animals, have recently completed Dragon Lessons and are currently involved in Snake lessons.

The Snake is Calm, Avoid Obstacles. Students love the animal aspect of Kung Fu and are naturally willing to participate when imitating animal moves.

We are proud to include San Anselmo Pre-school in the 10,000 Victories family and grateful for Joseph’s valuable contribution.