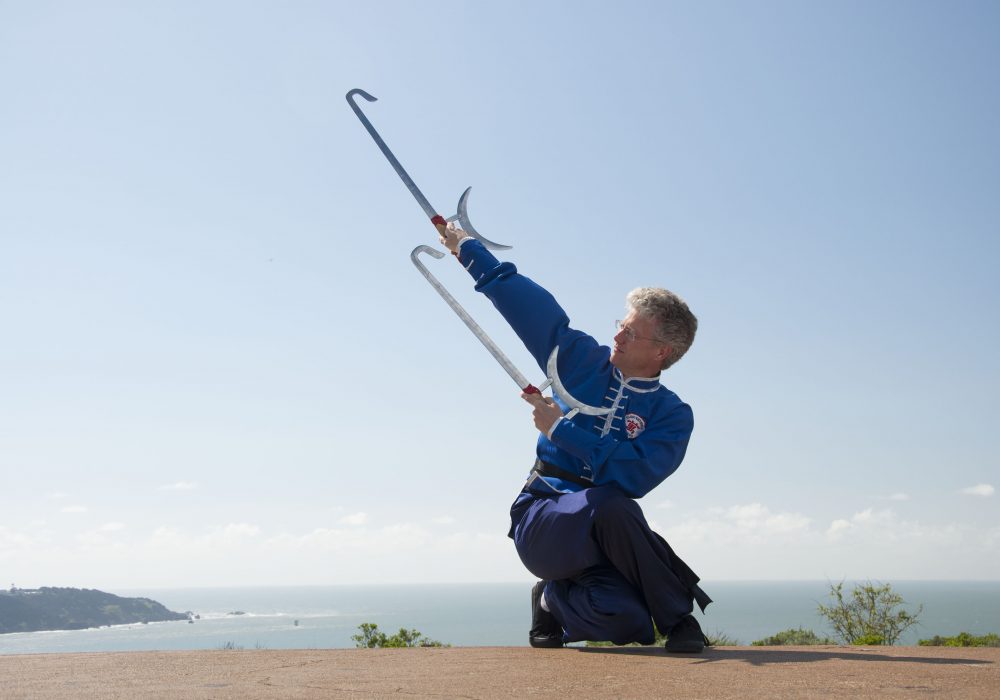 Although many people like the look of the Hook Swords and desire to learn them many Chinese martial arts do not contain a hook sword form. Many of the systems that do, have pretty simple forms in comparison to the Northern Shaolin Ground Rolling Hook Swords.  This is a long, difficult, and complicated form.  It rivals the Northern Shaolin Ground Rolling Double Sabers and Plum Blossom Double Straight Swords Forms.

Get Hooked on Hook Swords

Like all Hook Sword Forms the Northern Shaolin Hook Swords has many motions using the hooks to catch the opponent. In addition, there are many movements using the crescent moon blade near the hand to block or slash.  There are not as many stabbing movements with the pommel tip as in some forms where that is the main technique.

The Northern Shaolin Ground Rolling Hooks Swords also has some great twirling attack sequences. Twirling the hooks is harder than twirling Double Sabers or Double Swords because of the weight and shape of the hooks. The spear tip pommels eliminate some of the twirling movements used with the double sabers.

In addition, there is a section where the two swords are joined by the hooks and swung over the head vigorously in a circle by one hand thus doubling the range of the weapon. It is quite a daring move to practice. 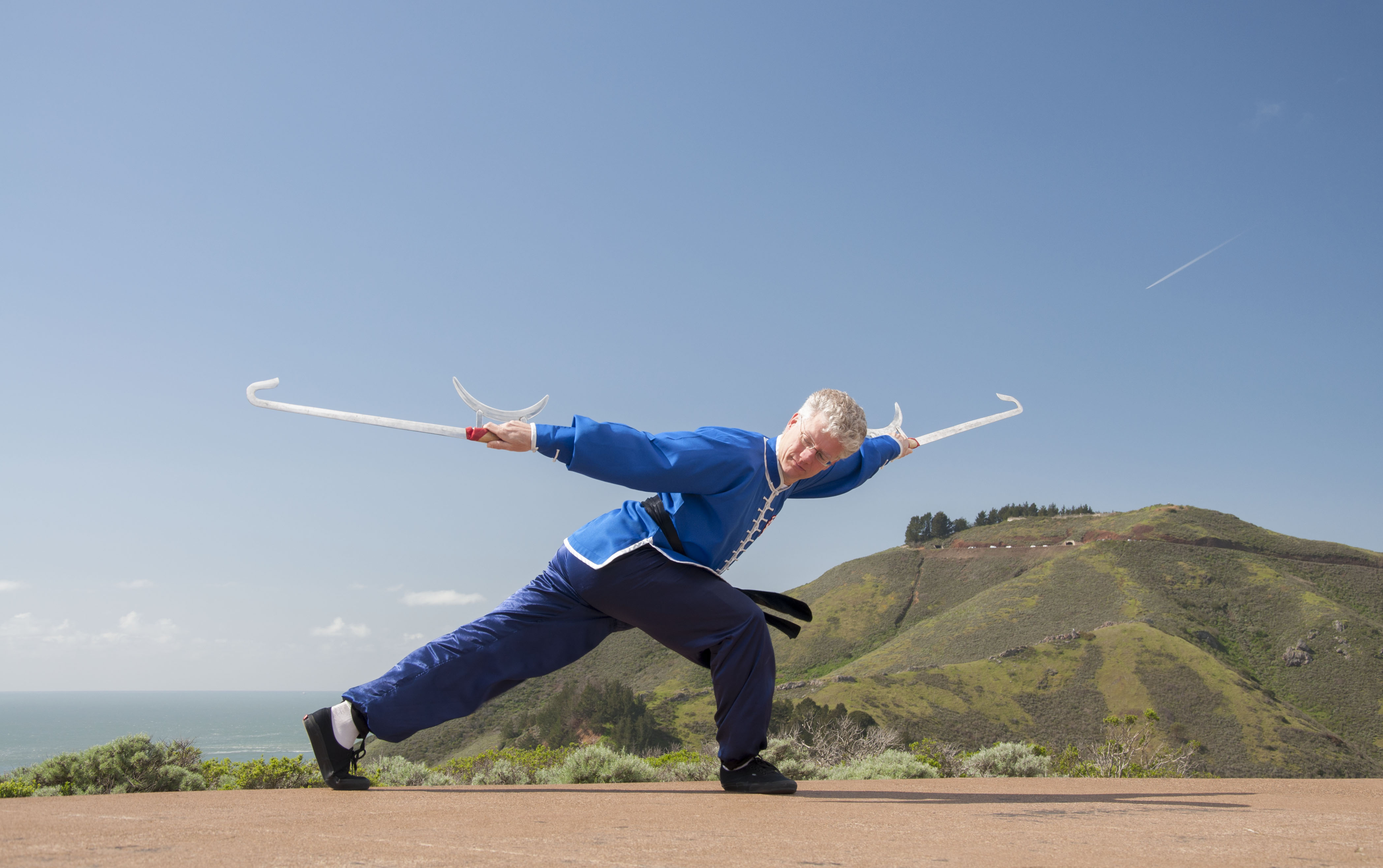 Please note this is definitely not a beginner weapons form.  It is a high level expert form that you could easily hurt yourself with if you are not careful!  You really need to have plenty of experience in Chinese martial arts before you try a form like this.  In particular you should learn a least a saber and a sword form first.

This form contains the ground rolling also found in the Northern Shaolin Ground Rolling Double Saber Form. Because this form rolls on the ground while holding the sabers you’ll need to have good rolling skills too.  You should be able to do a diving roll without using your hands.  If you can kip up from your back without your hands that is pretty helpful and dramatic as well! 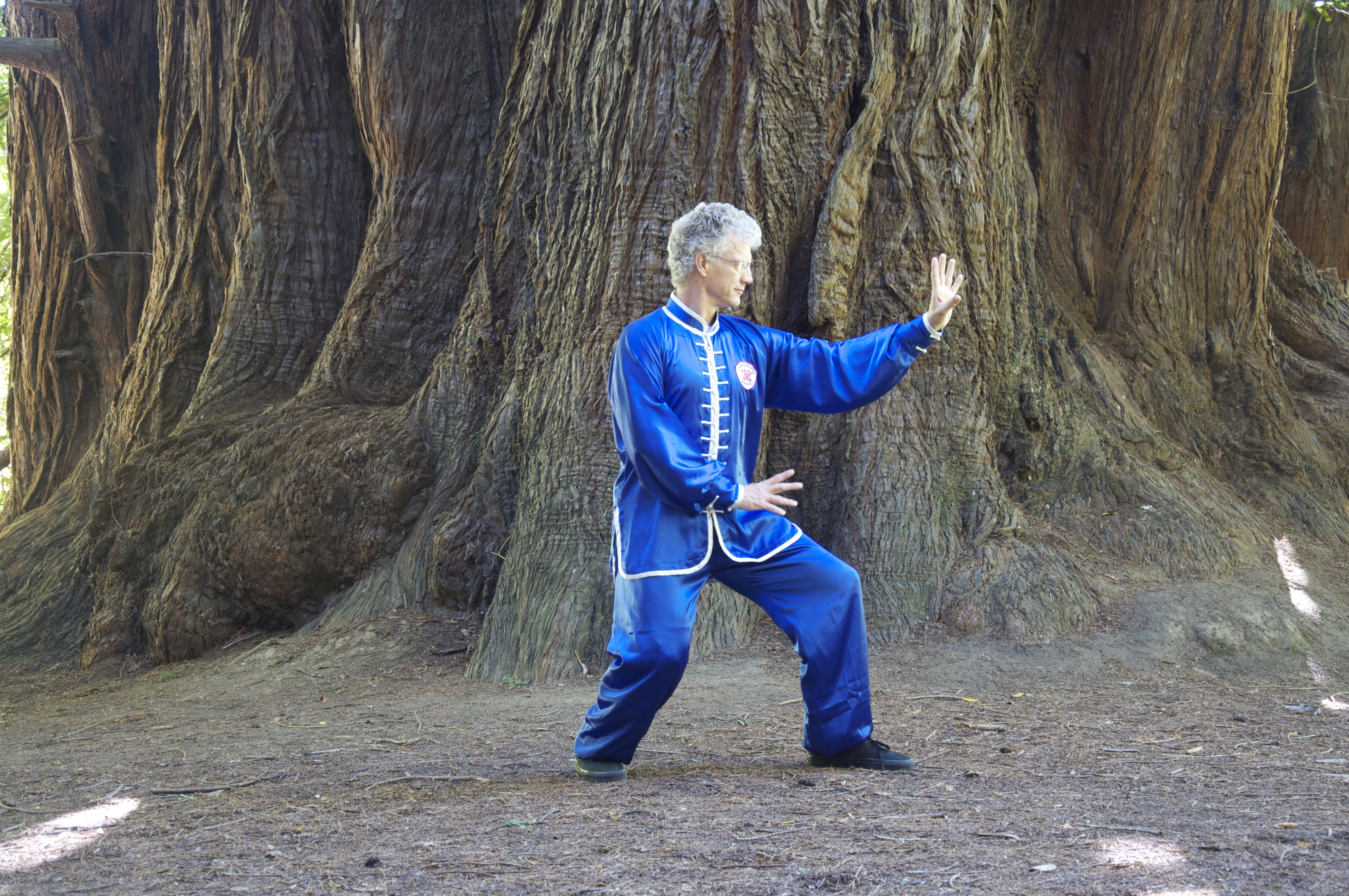