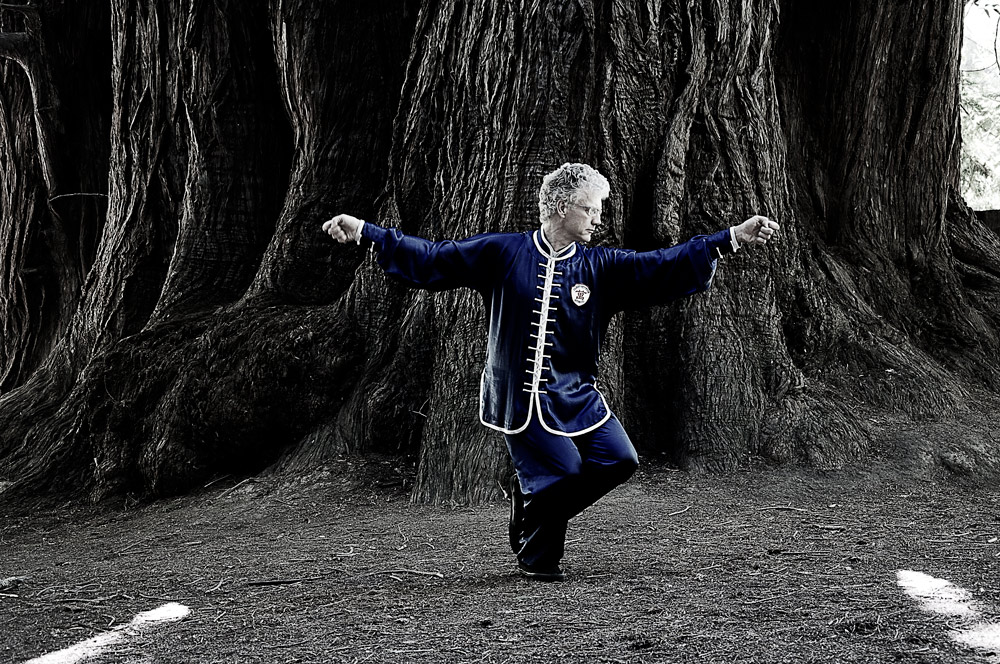 “Rooster Claw Grips the Ground” is a famous saying from the San Huang Pao Chui Boxers (Three Emperors Cannon Fist) of the Hui You Guan (Association of Friends). Between 1850 and 1920 the Hui You Guan was a preeminent bodyguard and escort company in Beijing. In this period overland travel was difficult and dangerous. Local gangs controlled important points and imposed their will. To open a route to a distant province for the first time meant encountering every local gang in their home territory the entire way. The first time through any new area you had to fight. If your team were strong enough, the next time you had respect and could negotiate a price rather than fighting your way through. The first time though, encountering a new gang, you had to fight them on their home turf with every advantage they had. If you were weak, they would simply rob you of everything. The Hui You Guan was famous for having opened the most and farthest routes. This showed their prowess and skill in combat. The art they practiced, Three Emperors Cannon Fist is little known in the west today and practiced by only a few small groups worldwide despite its preeminent reputation only 100 years ago. I was fortunate, indeed, to study with Grandmaster Zhang Kai in 1994 and 1996 in Beijing.

One of the sayings of the San Huang Pao Chui boxers is “The Rooster Claw Grips the Ground”. This saying teaches you how to contact the ground with your foot when you are fighting or practicing. The action is to actually press each of your toes down onto the ground using the muscles on the bottom of your foot. This is gripping the ground with your foot. The amount of tension you use in the muscles of your feet can vary. If you use too much strength in the muscles of your foot you both create too much tension exhausting your feet sooner and the brittleness of a locked structure. Finding a balance in the amount of strength you use is ideal. Sometimes more and sometimes less depending on the step as appropriate. Gripping the ground with your foot like the Rooster Claw gripping the ground means pressing your toes, the pad of your foot, and your heel in the ground. The muscles in the center of your foot pull slightly inward to help press both your heel and your toes down. How much pressure your heel exerts is also determined by the positioning of the bones of your lower leg, hips, and spine in relation to your foot. The center of your foot lifts slightly enhancing your foot’s arch and opening the “Bubbling Well” acupoint that begins the Kidney Meridian in Traditional Chinese Medicine. San Huang Pao Chui uses many solid stances and strong steps. It is not a fancy or flowery art. San Huang Pao Chui is, however, filled with many enormously powerful explosive punches and strikes. These are often delivered from rooted stances. Other times these powerful strikes erupt quickly with agile Cat and Crane steps advancing rapidly, or lashing out suddenly while retreating and counterattacking. Regardless of the stance or step every time, the foot contacts the ground it grips the ground with the Roosters Claw.

The Rooster Step of Xing Yi Quan (Form and Will Boxing) also follows the real life movements of the Rooster. In this case, the Roosters balance, agility, and poise are highlighted. Roosters often stand on one foot with the other hanging. They can stand like this without effort for as long as they wish. Chasing a Rooster makes one appreciate how fast and agile they are. It takes real determination to catch one! When Roosters run, the stay low, level, get lots of traction gripping the ground with their claw, and their other foot is close to ground ready to be lowered for stability or to step in any direction. The way the foot hangs, or is held, in Rooster Step is what Rooster Step is all about. The Rooster Step is about developing balance and speed in your stepping. A proper Rooster Step also has stability, but it will never be able to resist grappling like a deep wide stance will. Skill in Rooster Stepping can be used to avoid the grapplers attacks and attempts to engage and seize you. The main focus of the Rooster Step is balance, speed, and levelness – at a low level with your center of gravity lowered closer to the ground. “Rooster Claw Grips the Ground” is part of Rooster Step with Rooster Step being emphasizing the foot lifted off the ground and Rooster Claw Grips the Ground can be illuminating the foot on the ground.

Other arts like Tai Chi and Ba Gua Zhang also use similar concepts in specific ways with their own unique flavor. In Tai Chi the concept of Center Equilibrium mirrors the concept of Rooster Step closely. In Ba Gua Zhang or (Eight Diagrams Palm) practitioners also grip the ground with their foot as they perform and Mud Gliding Step and pass through the Rooster Step constantly in all the other steps of their linear drills and forms.

Watch this fascinating Battle of the Rooster vs. the Centipede 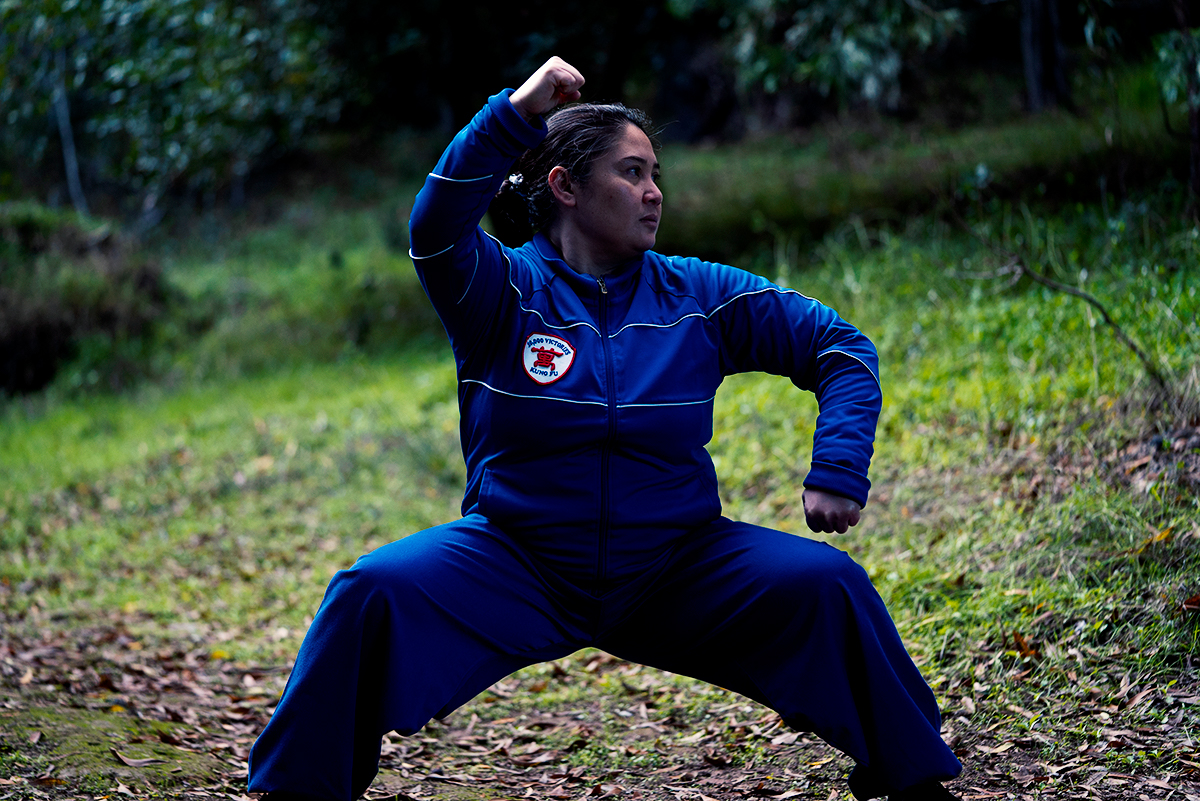 Level Your Foundation to Straighten Your Power

Level Your Foundation to Straighten Your Power