Transmission of the Wong Jackman Lineage Has Occurred

People may be concerned that the wonderful arts and skills that Grandmaster Wong Jackman shared with us are lost or diminished. Fortunately, they are not. At the 10,000 Victories School we are proud to carry the banner of Northern Shaolin and Wong Jackman, our Grandmaster, forward into 2021, 2100, and beyond. We welcome you to join us!

My name is Scott Jensen. Beginning in 1980, I studied all the arts that my Sifu, Grandmaster Wong Jackman, taught until his retirement in 2005. I began my first modest teaching in 1986 and began full time professional teaching in 1990. At times I pursued second jobs to make ends meet, but my profession is “Sifu”, and my teaching career has been relentless. My first school in Berkeley paid my bills and gave me a steady stream of training partners. It gave me a great lifestyle to pursue mastery. My second school was huge, and there I helped as many people as I could. This school was about serving the community. My third school, 10,000 Victories was dedicated to one purpose only and that was transmitting the Northern Shaolin lineage of Wong Jackman to the next generation.

At the end of 2005 in December my Sifu, Grandmaster Wong retired. At that moment I was taking a break from running a school. I had a successful sales career and was considering an MBA or JD. When my teacher retired, I realized there was no next generation. I wasn’t teaching, none of my students were, and none of my classmates were running a program that would produce a new generation of Sifus. A few were teaching, but these classes were more about old comrades hanging out or community center classes here and there. These valid efforts were commendable, but they were not enough. I realized if I were lying on my death bed, thinking “I watched Northern Shaolin Die!”, “I let my teacher down” I would be miserable. I could not stand the thought.

So instead of starting an MBA, or a JD, I started a 501 c(3) nonprofit educational corporation to teach classes. With the support of my amazing Taiwanese born wife, Rachel, we set about creating a new school to produce “Sifus”. To create a school that will produce a Sifu is different than a hangout or exercise-oriented class or income focused class. We created a full curriculum with me teaching 5 days a week 5 – 7 hours a day, and often more. I was running extremely intense classes and emphasizing partner drills and sparring. I loved all these classes and peaked my own skills and conditioning in the process. We regularly competed in tournaments in both forms and fighting divisions. We made headlines in the local papers with our numerous wins and became “Marin’s Kung Fu Team”. I went to China and performed Grandmaster Wong’s Tai Chi Form winning the gold medal in the largest and most competitive division at the 3rd World Internal Martial Arts Championship at Wudang Mountain. Our goal was creating a class to produce experts. We were looking for unicorns willing to do ridiculous amounts of hard training and not the masses of students that make a school financially successful. This required a lot of cleverness and problem solving to work. It was stressful and difficult at many moments and I worried we would fail. Certainly, my sales career was far more lucrative.

The result was shown in 2018 when 9 of my students leaped through the Dragon Gate and became Black Sash students with Grandmaster Wong’s approval and blessing. It had taken me 40 years of continuous effort and three different schools to reach this moment. I was so grateful that we were able to give Grandmaster Wong this event and let him see that his arts were being passed on, as he taught them, to a new generation of strong fierce teachers. 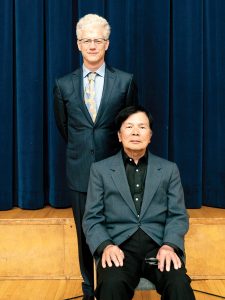 From the earliest days when I began, Grandmaster never took photos with anyone. Wong was a man who wisely treasured his privacy. He also understood the value of pictures and his image. He was concerned people would use the photos to make illegitimate claims to being his student or representing his lineage. At our black sash graduation event, Grandmaster Wong Jackman posed for formal master disciple portraits with me personally, and in a group with my students. To my knowledge this is the only time he took those photos with anyone. For all of us that day it was a significant and meaningful moment.

When I remember how happy my Sifu, Grandmaster Wong, was I feel great. It was worth the enormous effort and many sacrifices.

Two moments stand out to me personally from that evening.

After the ceremony finished and before the banquet began Sifu came over to me and asked about the calligraphies at the front of the room. These calligraphies were a poem written by my friend, the famous calligrapher, Agou, about my mission for the school. The last two characters of this poem were Sifu’s given name, Jackman, meaning “Benefit the People”. In a very traditional way, that it was likely only he recognized, without my explanation, I showed the dedication of my school personally to my Sifu. His first question was, “When did you have those calligraphies written?”, I replied “12 years ago in Taiwan after you retired”. I have displayed them with his photo at every event since the day we began. At that moment I knew he realized my long-term commitment, effort, planning, and intention.

That evening was the last time I saw Grandmaster Wong. And the last thing he told me after dining with my students and chatting and joking with them all was, “You did a good job.”

Explore the art of Northern Shaolin and the journey of 9 students and their teacher Scott Jensen. Carrying on the lineage and tradition of Grandmaster Wong Jackman into the 21st century the 10,000 Victories school is proud to present this book. It will take you to check out on Amazon. 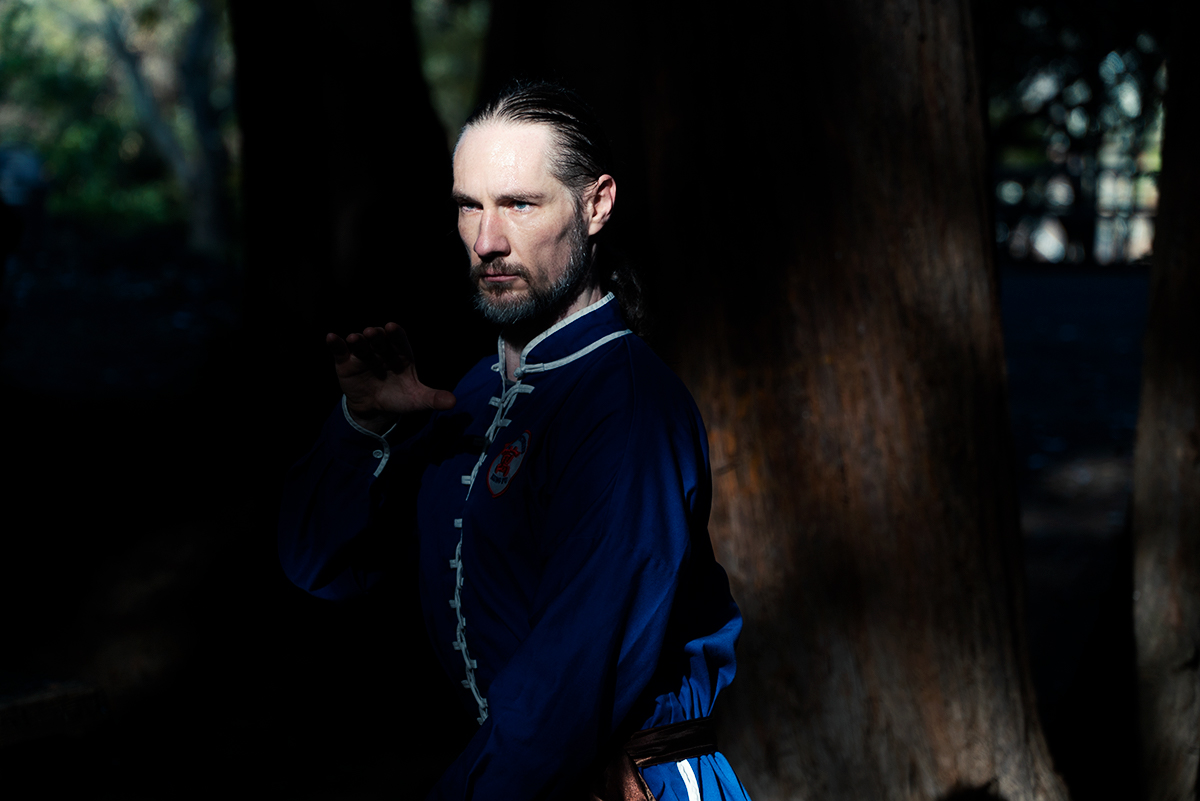 Deepen Your Practice as We Enter the New Year

Deepen Your Practice as We Enter the New Year