The Hook Swords of Kung Fu

Home » Our Blog » The Hook Swords of Kung Fu 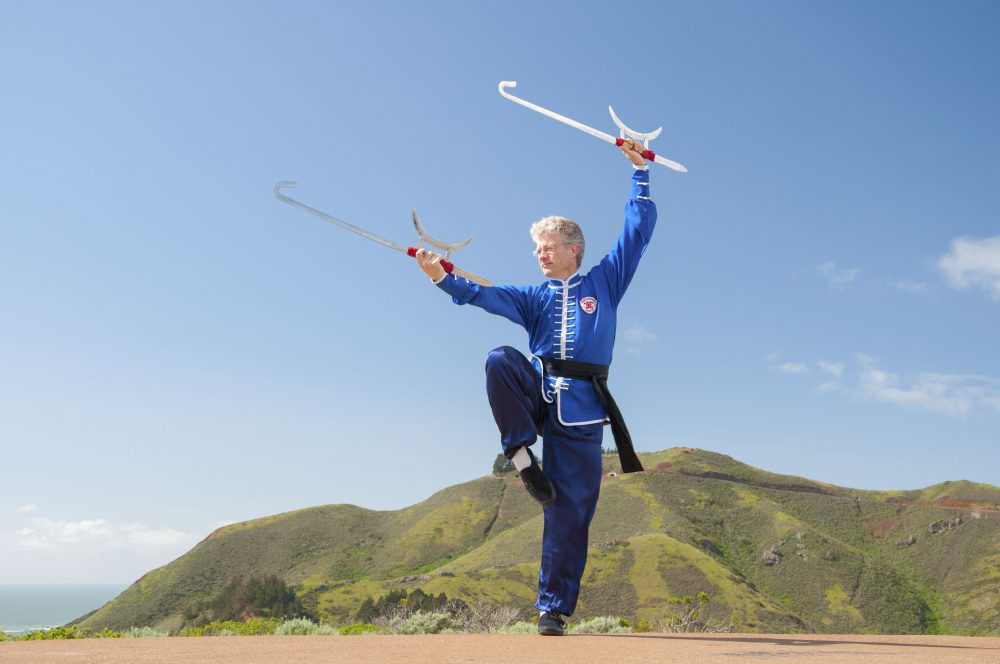 The Hook Swords are an exotic looking paired weapon (two swords, one for each hand) with a sharply curving hooked tip, a crescent moon bladed hand guard, and a spear tip pommel.

Hook Swords look scary and frankly they are scary. The Hook Swords of Kung Fu are an advanced weapon that becomes extremely powerful if you have the skill required. If you don’t have enough skill, you’ll probably be more of a menace to yourself than anyone else! So you better plan on practicing if you want to use the Hook Swords! 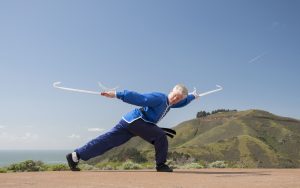 Originally designed for use by foot soldiers combating cavalry, the hook swords are a formidable weapon. For fighting men on horses the hooks would be used to attack the tendons of the horse.

The hooked end is used to capture the opponent, disarm them, or attack tendons and joints.  It is cruel and vicious. And Scary!

The spear tip on the pommel is used for deadly thrusting attacks.

You can also perform strong cross blocks using the length of the blade.  Although it would still not be a good idea to try and block a Kwan Dao! The Hook Swords do have more blocking capability than either the Double Sabers or the Double Swords.

When you use any paired weapon whether it is Hook Swords, Double Sabers, Double Swords, or even Double Daggers you have the option of blocking with one weapon while striking with the other.  Or you can simply attack two different targets, one with each weapon. This makes paired weapons very difficult to defend against if you have only a single weapon.

I teach two Hook Sword forms: the Northern Shaolin Ground Rolling Hook Swords and the Sun Moon Hook Swords.  These are both very advanced forms that require previous weapons training with other sword types as preparation.

In you are in the San Francisco area I teach classes in Northern Shaolin and weapons both in group classes and in private lessons.