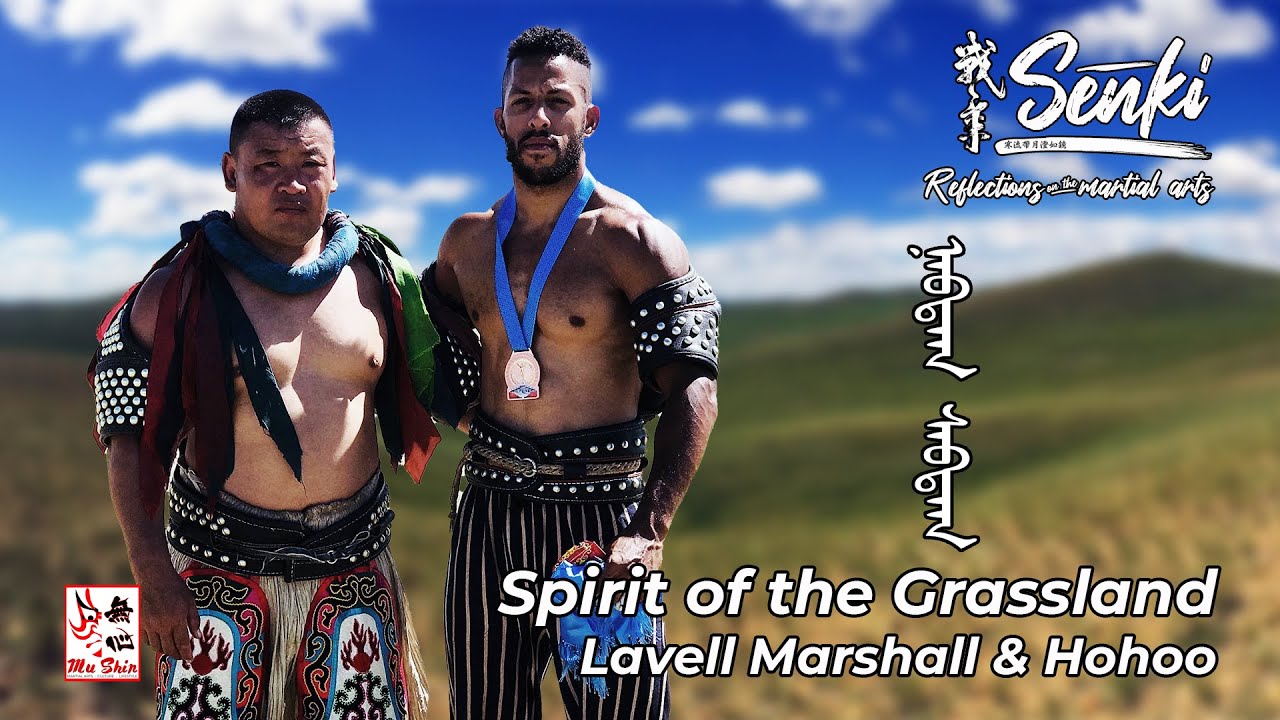 In this week’s blogpost we will look something slightly off of our well beaten track of punching and kicking.

What fascinates me about Mongolian wrestling, or Bokh, are several things including their rules, gear, and ethos. In their competitions, or Nidaam, wrestlers can be of any age, skill level, and weight. Meaning there are basically none of the common divisions that we frequently use in the west. You simply do not need to worry about “making weight” except perhaps don’t be too light! In fact, you might want to eat a bit more if you are going to compete, because there are some HUGE Mongolians, as you can see in the video. What is interesting is despite the total lack of weight classes, smaller guys are champions, and do occasionally beat all the bigger guys.

The other core element of the rules is the emphasis on throwing without grabbing the legs with your hands. There is no ground game at all. Given the size and weight variation of the players this seems sensible. Wrestling on the ground only makes sense if you are not liable to be kicked in the head by onlookers and is not such a good idea in a real street fight. This means the action is about sweeps and massive torqueing circular throws and the footwork to evade these sweeps and neutralize those throws.

Their costumes are also interesting to me. Having practiced judo for a few years as well as western Greco Roman wrestling I never cared for the wrestling attire in either sport. Greco Roman wrestlers wear a very tight outfit and ear guards. The ear guards are a good idea to prevent “cauliflower ear” given how badly ones ears can get crushed in this sport. I never cared for the tight uniforms, we did not wear the ear guards, then, and I never felt either well protected against abrasion or particularly well covered either.

In Judo the gear is not so tight, but I find it rather easy to injure ones fingers grasping the material, and this why many judokas are covering their finger joints in tape prior to practice. I also never like the rubbing of the Judo Gi against my skin either. Now I see many players wearing a rash guard layer. This is a great improvement that we did not have when I played Judo.

In contrast, the Mongolian wrestlers wear a tight leather jacket that reminds one of their ancient armor turned to the rear for wrestling. The leather is thick and often covered on the outside with metal studs. The jacket is open chested but fits tightly across the lower back providing support. It also includes thick bands of leather like t-shirt sleeves. These upper arm leather bands and the entire jacket are designed to provide a firm place to grip each other. They also provide lower back support to prevent injury during throws and places to grip at the hips. The entire affair offers excellent protection against falls on the natural earth which may not have been cleared of rocks! Most of us Americans like our wrestling on nice clean mats, but not these Mongolians. They just drive out into the middle of nowhere and set up. Rocky and lumpy hard earth, that looks good to them!

In addition to this jacket the Mongolians are also wearing boots that they tie on with cords. The boots are pretty big, pretty thick, and go up the mid-calf. I love the look of these boots, having personally, with the help of my best friends, broken at least three toes practicing throwing arts. I hate breaking toes. They hurt all out of proportion to their size and take much longer to heal than you would expect. These boots will prevent these injuries and give you padding when receiving or delivering hard sweeps with your feet. Considering what you might be walking on while you are wrestling, the boots seem like a great idea. Wow, wrestling with boots, what an idea.

The other thing about these wrestlers is their sportsmanship and demeanor. Obviously, these are pretty fearless individuals who value strength and courage. Just the kind of people I like to be around. The pacing of the matches and events and how groups wrestle and then the winners return for the next round. I also love their community feeling.

The real question here at the end is are you ready?

Is your Kung Fu or Tai Chi ready if you are thrown in the ring with these guys?

Or maybe practice a little more? Maybe beef up that horse stance a little! 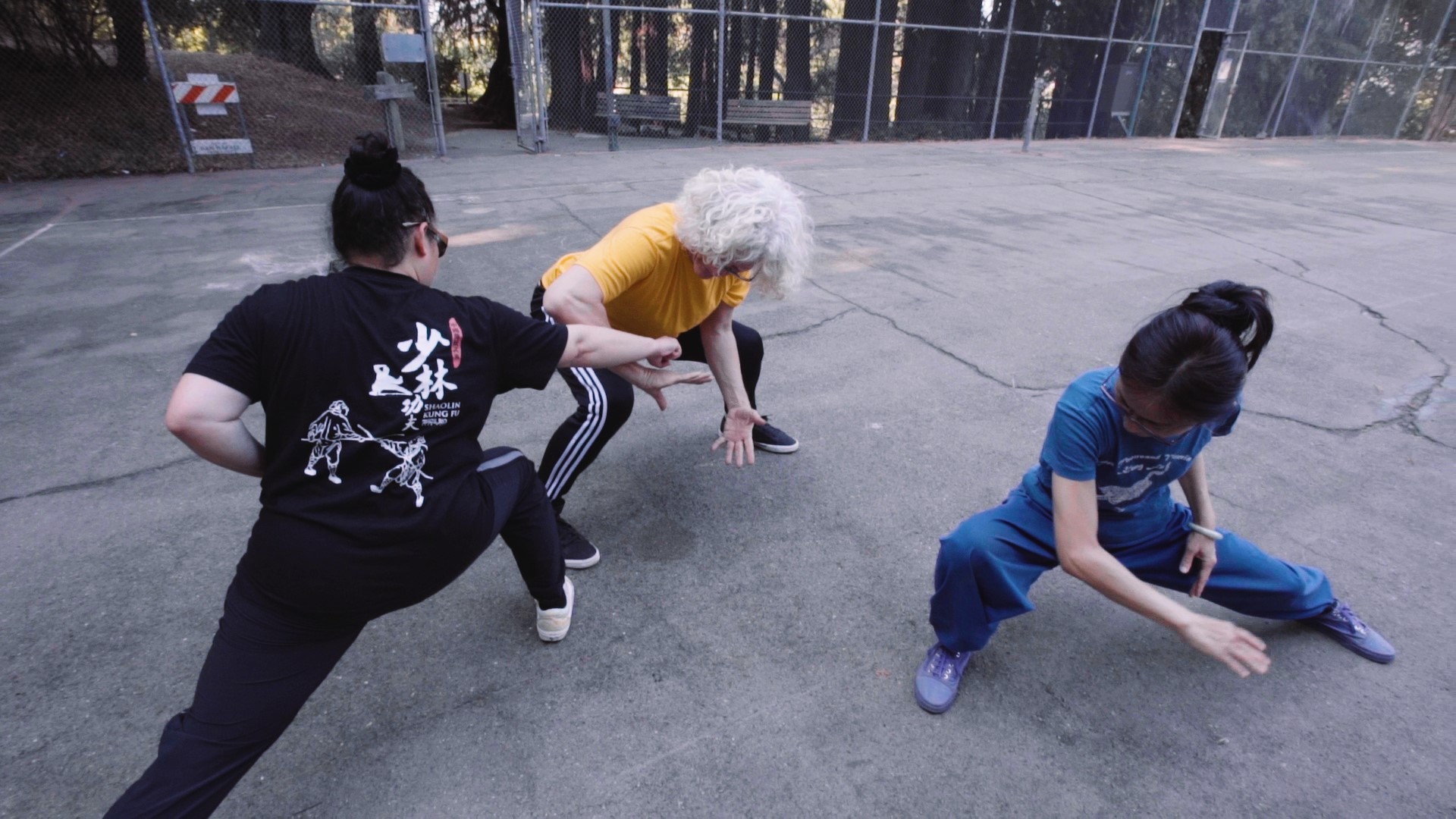